A couple of posts ago I mentioned that a project I’ve been meaning to get to is fixing my Mom’s old Kitchenaid mixer.

My Mother was going to throw it away because it was making a grinding sound and shaking when she used it.  I’d like to try to keep it out of the dump so I said that I would try to fix it.  It’s a forty year old machine, it probably weighs about twenty five pounds, and I doubt that newer models are as sturdy as this one. New models can cost about $500, so it could be worthwhile to try to fix it.

After doing some research, I found out that a common problem is that the gear lubricant can dry out, causing the gears to grind, eventually the motor will wear out if the old lubricant is not replaced. I bought some new lubricant, hoping that it wasn’t too late to save it.

The first thing to do is to knock out the pin that holds in the rotary. The little top pin, not the one on the stem below the spring. I almost knocked out that bottom pin, which would have been a big mistake as it’s very difficult to get back in.

Then you take off the rotary. 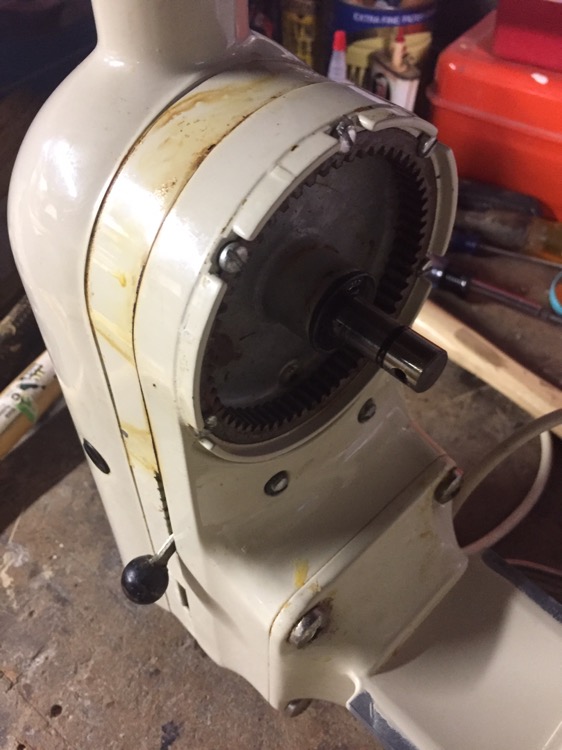 Then you remove all of those screws. I had to get some screw de-locker oil as those things didn’t want to budge after forty years.

That brown gunk is dried out gear lubricant.

I didn’t get a photo of the cleaned off gears as my hands were covered in that old gear goo.  The new lubricant cost $15.  The old screw de-lockenizer oil cost $2.50.

Then you put it all back together and check to see if that fixed it by mixing up a batch of chocolate chip cookies! 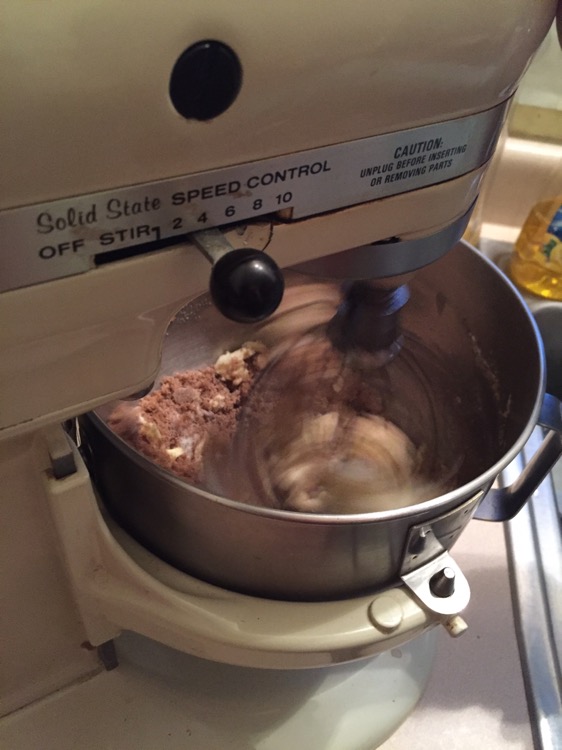 15 thoughts on “Fixing the mixer”